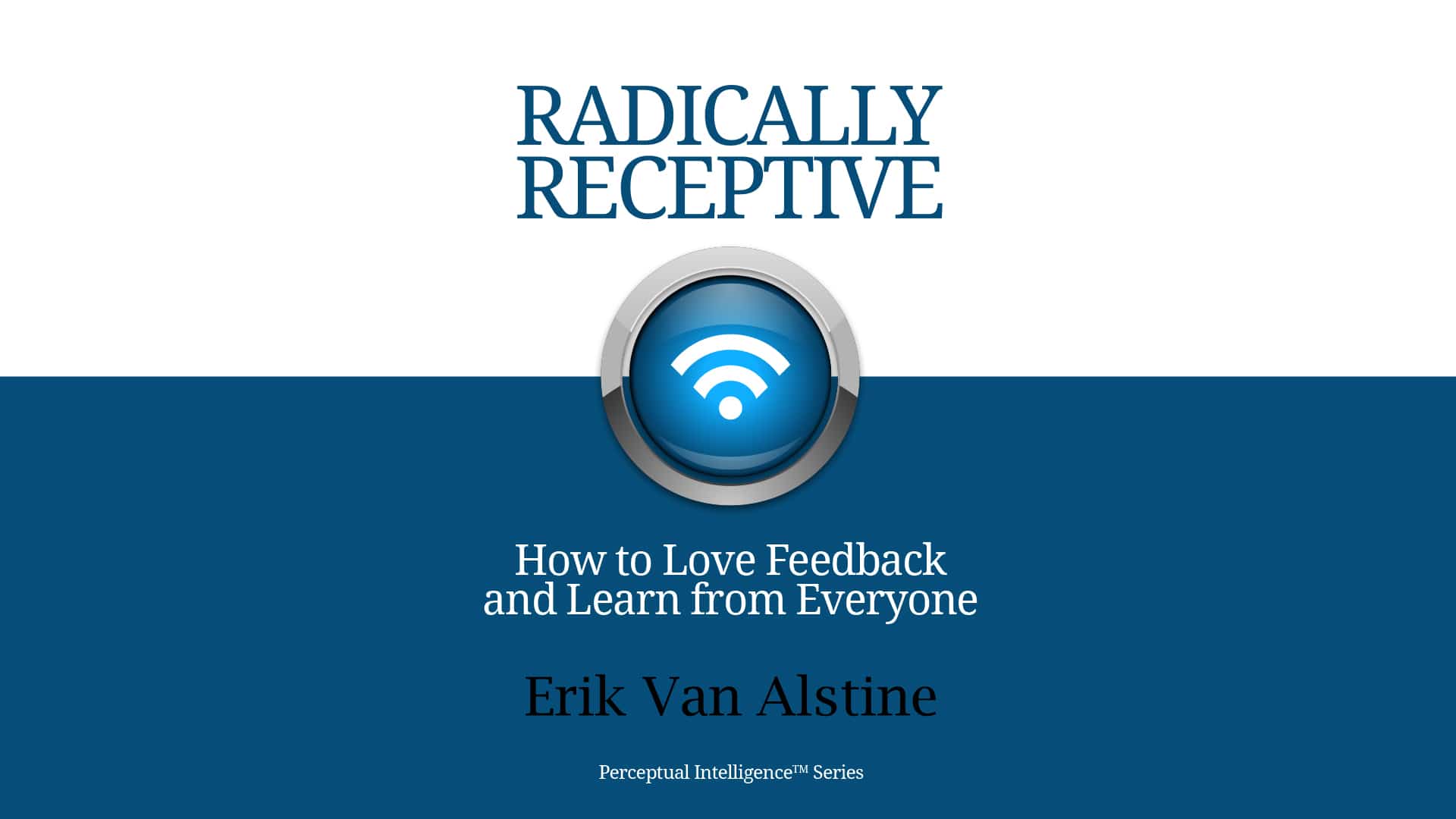 But without feedback, we get ignorance, drama, dysfunction, lost productivity and profit. Cy Wakeman’s HR studies show the average worker in America spends two hours and twenty-six minutes a day embroiled in drama (dysfunctional thinking and relating). Business executives say their biggest work challenge is their managers’ “lack of courage to have difficult performance discussions.” A Deloitte study across a range of sectors showed 70 percent of employees “admit to remaining silent about issues that might compromise performance.

Compare this with leaders who say building a culture of receptivity “exponentially
magnifies the speed and effectiveness” of their teams. Massive upside opportunity.

How do we meet this challenge? Capture the opportunity? How do we eliminate the
drama and exponentiate the speed and effectiveness of our teams? “We must fix the
feedback problem at the root cause, because the defensive response to feedback is deeply
ingrained, an extremely hard problem to solve,” says Erik Van Alstine, the thought leader
behind Perceptual IntelligenceTM and the author of Radically Receptive. “Perceptual
IntelligenceTM is the only effective method to uproot this deep defensiveness. Any other
way is hacking at the branches of the problem, and even worse, creating more problems
than we solve.”

When leaders and workers get trained in Radical Receptivity, they build strong, resilient cultures of receptivity that smother all forms of manipulation and misperception. Giving and receiving feedback is no longer an exercise in fear, anger, avoidance, and attack. The wise and caring start speaking up. Ignorance and drama go away. Chronic problems get fixed.

The result is more truth, new speed, and a highly effective organization.

Ignorance is bad, but drama is worse. Status quo in most organizations is silence, defensiveness and dysfunction, because the wise and caring truth-tellers believe, Best to stay silent. That means the only ones speaking up are the unwise and uncaring. The lunatics run the asylum. But when we learn how to build cultures of receptivity, we fix the dysfunction and “exponentially magnify the effectiveness” of our teams.

This lesson reveals one of the most powerful insights on leading change and living well that a person and a work team can ever learn. It makes hard changes easier, and impossible things possible. When we learn how to find and fix the root causes of every emotional, motivational, and behavioral problem at work, we make changes that are faster, easier, extensive and enduring. Everything changes for the better.

Lesson 3: The Roots of Defensiveness

Why all the fear and anger in the face of feedback? Why so avoidant? So defensive? It has everything to do with the way we perceive threats. When we better understand how we see ourselves, others, and possible threats in feedback situation, we identify the roots of our defensive responses and learn how to transform them into receptive responses.

We feel defensive because we perceive five types of threats in feedback situations, the deepest of which is a threat to identity. When we see feedback as attacking our fundamental sense of worth, it’s a five-alarm fire. Everything in us activates to protect the self. We’re deeply defensive. But when we uproot this threat, feedback is profoundly easier.